Gerard Lavery joined the ADDE board in May last year with the goal of working even more closely with stakeholders. (Image: SFIO CRACHO/Shutterstock)

When Gerard Lavery, former Irish Dental Trade Association (IDTA) president, joined the Association of Dental Dealers in Europe (ADDE) board in May last year, he brought with him more than 30 years of experience in the hospital and healthcare industries. Lavery’s background in manufacturing makes him unique among fellow ADDE board members, and he aims to enhance cooperation by working closely with all stakeholders, including manufacturing partners.

Mr Lavery, could you please briefly introduce yourself and your work in the dental industry?
I attended Ulster University from 1983 to 1987, including doing one academic year of teaching in France from 1985 to 1986, and ultimately obtained a Bachelor of Arts degree with honours, majoring in modern languages.

In 1988, I joined the industry, selling pharmaceuticals to the dental and medical segments through Deproco (UK). My areas of responsibility were the Midlands, East of England and, later, Scotland. I returned to manage the market in Ireland in 1994 and received a valued service award in 2008 upon completion of 20 years at the company. 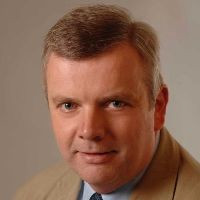 This shows that all can play a part in advancing cooperation in order to overcome challenges and realise opportunities. Working even more closely with stakeholders, especially our manufacturing partners, is a key goal of mine and is ongoing.

What are the key challenges that dental dealers are currently facing in Ireland, and how is the IDTA working to overcome them?
It would be churlish not to acknowledge that there are very pertinent issues and challenges that manifest themselves in the business and wider world today. The IDTA has engaged with end-user representatives such as the Irish Dental Association (IDA). Through various initiatives, the IDTA and IDA have jointly supported the dental profession and industry in addressing the challenges faced.

As we head into 2023, what do you think European dental trade associations and ADDE could do to help dentists to further improve the care that they provide to their patients?
ADDE proactively supports best practice in our industry and works closely with legislative bodies and others, promoting innovation and compliance in distribution in order to further improve dental care.

Having experienced at first hand the successful combination of new board members working alongside the vastly knowledgeable and experienced team led by the ADDE board, president and secretary general, I recommend this valuable resource to new and existing members as we all seek further opportunities for helping dentists to improve the care they provide to their patients.

The ADDE has welcomed Attila Trägner to its board as it continues to represent the interests of more than 960 dental dealers in Europe. Trägner, who is ...

When Martin Ravets joined the Association of Dental Dealers in Europe (ADDE) board, he brought with him a strong focus on technology, entrepreneurship and ...

BRUSSELS, Belgium: During its annual general assembly, the Association of Dental Dealers in Europe (ADDE) re-elected its current president and vice ...

BRUSSELS, Belgium: The ADDE has confirmed its schedule for meetings in 2022. The dental dealers’ association will begin its meetings for the year from 8 ...

BRUSSELS, Belgium: The ADDE has confirmed its schedule for meetings in 2021. The dental dealers’ association will begin the year on 4 February with a ...

We understand that the session that was organised by ADDE on the 26 October this year on the new European competition law regime for distribution agreements...

share
save
advertisement
Interviews Thu. 17. November 2022
“You can experience digital innovation at almost every stand”

The International Dental Show (IDS) is the world’s leading trade fair for the dental industry, and it will celebrate its centenary in 2023. Mark Stephen ...

Our dental world is moving along with global developments and is starting to meet again in person at various trade fairs and congresses around Europe. ...