Dental practices reopening across the world

Home/Articles
Dentists are returning to work in many parts of the world, but how has the practice, and dental treatment, changed? (Image: DimaSid/Shutterstock)

LEIPZIG, Germany: Many governments have now eased public health restrictions, saying that their countries have overcome the first wave of the SARS-CoV-2 virus. Dental practices have begun to reopen across Canada, the US, India and parts of Europe, and staff and patients are having to adjust to a new sense of normality in the provision of oral care. Health precautions vary in different dental markets, but it can safely be stated that a trip to the dentist is not what it was in February.

Spacious waiting rooms that are void of the customary magazines, pamphlets and children’s toys; patients, alone in their cars, calling dental reception to let staff know that they have arrived for their appointment—these are just some of the health precautions that are currently in place at dental clinics in the Canadian province of New Brunswick.

Clinics across Canada were forced to close in mid-March, but dentists began returning to work in the country’s provinces at various stages throughout May. In Ontario, dental services resumed from late May, but a lack of personal protective equipment (PPE) and conflicting health guidelines for dentists and dental hygienist have hampered the resumption of elective procedures.

Physical distancing is the new cornerstone of appointment scheduling across Canada. Patients are being prioritised based on their needs and the urgency of their treatment. They are being asked to wear face masks before and after their examination and to have their temperature taken prior to it. Dentists are wearing eye protection, masks, gloves, and, in some cases, uniforms, scrubs and N95 protective masks. More time is needed for each appointment, as only one patient can be seen at a time.

Dr Aaron Burry of the Canadian Dental Association told Global News that “patient safety now includes more than just a visit to the dentist”. He explained: “It’s everything that happens from the time the patient leaves their home to the time they arrive in your office to when they go home.”

Dentists in the UK began returning to work in phases in June after Scotland and Northern Ireland introduced a gradual remobilisation programme for dental treatment. A sense of urgency for the resumption of treatment was apparent from National Health Service data (which showed that it had received over 10,000 calls in April that resulted in the caller being referred to an emergency dental treatment hub) and reports surfacing of patients performing their own dental procedures.

UK dentists restarted work in June by offering face-to-face consultations to patients in need of urgent oral care that could be provided without the use of aerosol-generating procedures (AGPs). Subsequently, routine dental examinations are expected to resume, together with non-urgent treatments that do not involve AGPs.

Indeed, on 29 June, dental practices in Northern Ireland began providing non-urgent care, and they will be permitted to carry out treatment involving AGPs from 20 July. This will mean the resumption of the vast majority of dental treatments, but full PPE will be required for any procedure involving AGPs. Like in Canada, and elsewhere, meeting patient demand may hinge on being able to source sufficient PPE.

Dental services resume across the US 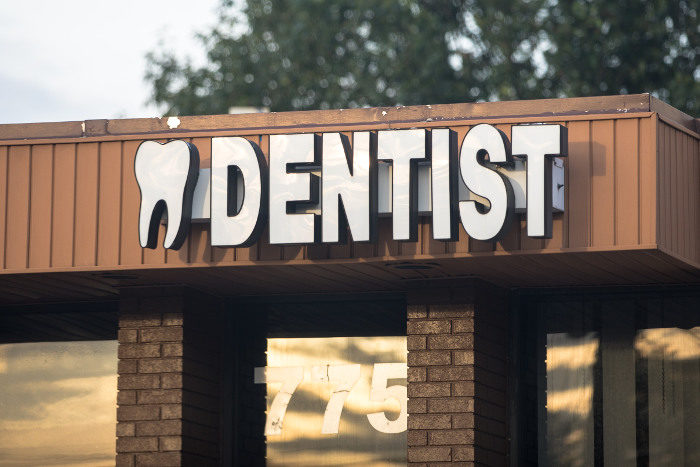 Clinics like this one in Maryland resumed elective dental procedures on 7 May and dentists in the state must exercise professional judgement on which patients to see, and which procedures to perform. (Image: Nicole Glass Photography/Shutterstock)

Dental care has also resumed in the US, despite the country having the highest number of infections of SARS-CoV-2 and deaths resulting from COVID-19 in the world. At the end of May, dentists in New York, Michigan and New Mexico were no longer restricted to providing emergency services only, meaning that elective dental procedures are now permitted in all 50 US states and the District of Columbia.

The American Dental Association has stated that it supports the resumption of dental services in states where infection rates of SARS-CoV-2 are declining, but the federal Centers for Disease Control and Prevention (CDC) has advised patients to limit their appointments to necessary procedures.

The CDC has provided extensive recommendations on its website, and they include the advice that all patients should be triaged via telephone before their appointments and that non-emergency care is to be avoided. Patients must wear face masks on arrival and should be systematically assessed and have their temperatures taken. AGPs should be avoided, as well as the use of dental handpieces and air/water syringes.

The various state mandates and recommendations, as well as broad resources and guidelines for dentists on clinical practice, safety, mental health, loans and digital events, are available on the ADA’s website. Dental companies like Henry Schein have put together a number of resources to support dentists as they reopen.

India has opened up many sectors of its economy, including dentistry, but dental clinics that are located in isolated hotspots of SARS-CoV-2 infection—labelled as red, or containment, zones—are restricted to providing emergency dental procedures only.

Dentists in India were urged to suspend elective treatment on 17 March, and many practices were forced to close as lockdowns began across jurisdictions from 22 March. The Dental Council of India on 7 May advised dentists not to perform treatment that requires AGPs.

In June, The Hindu reported that some dentists in the south-western state of Karnataka who had reopened their clinics were considering closing them again after reports surfaced that one dentist who had gone back to work tested positive for SARS-CoV-2. 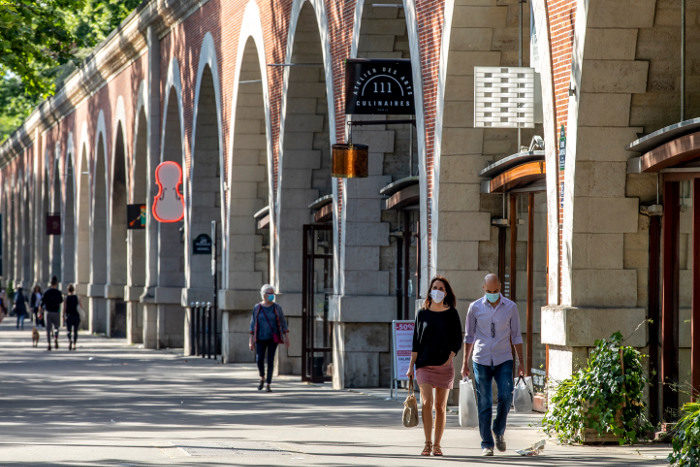 A street scene near 'la Coulée verte on 19 May: life is beginning to return to normal in the French capital. (Image: Jerome Labouyrie/Shutterstock)

Elective dental care has resumed in France after two months of closures that began from 14 March. During this time, dentists had been providing only limited consultative care to patients by telephone and email.

The Associated Press reported that the country’s more than 40,000 dentists were at high risk of becoming infected with the virus.

Dental treatment resumed in Switzerland from 27 April, in Iceland from 4 May, and at most private dental practices in China, South Korea and Japan from mid-April.

But the health precautions that are in place at clinics vary greatly between countries. In Germany, for example, where dental clinics were not forced to close during the outbreak, not all clinics require patients to wear a face mask when arriving for an appointment, and patient health screening is minimal. These were the experiences of the author during a routine dental check-up in Leipzig on 29 May.

Dentists in Denmark and Norway were permitted to reopen on 20 April, and basic restrictions have been enacted regarding bringing accompanying persons to appointments and regarding appointment scheduling and practice disinfection. These measures and an elevated cost of treatment due to higher overheads for clinics may be the new normality in dentistry, at least for the foreseeable future.

Editorial note: This article first appeared on 29 May and was updated on 30 June.

Driven by an emphasis on high-performing and intelligently designed products, the Italian dental industry has become firmly established as one of the ...

As a senior consultant at Henry Schein and a board member of the German dental trade association Bundesverband Dentalhandel, Andreas Meldau had the exact ...

Dear members of the ADDE and the dental distribution industry,